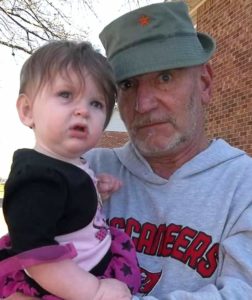 David Wayne Williamson, 65 of Jacksonville, Arkansas passed away on Tuesday, September 25, 2018 in Little Rock, Arkansas.  He was born on October 1, 1952 in Little Rock Arkansas to the late Edgar Winston Williamson and Mary Ada Davison.

He is also preceded in death by two brothers and a sister.

He is survived by his beautiful wife Kristi Williamson; one son Alexander; three daughters; Ada, Tiffany and Tosha.

David was a loving husband, father, and friend.  He enjoyed motorcycles, going camping and was very creative and artistic.