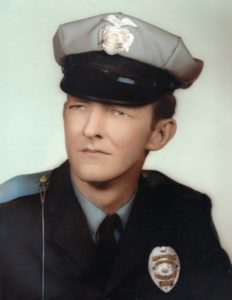 Buddy was a loving father, grandfather and friend who was married to the love of his life, Juanita (Memaw) Seats, for over 49 years. Buddy served in the United States Army Military Police Force and served the public of Little Rock on the Little Rock Police Force for 41 years. He loved to travel, fish, hunt but his greatest joy of all was watching his grandchildren play sports. Buddy was a member of the Church of Christ and a graduate of Beebe High School and attended Beebe Junior College.

He was preceded in death by his brother Loyd Seats, Klamath, California and his uncle Abraham Lincoln (Lank) Stacey of El Paso, Arkansas.

Funeral services will be held on Friday, September 21, 2018 at 10:00 A.M. at A Natural State Funeral Service, Jacksonville, Arkansas with burial to follow at Romance Cemetery, Romance, Arkansas.