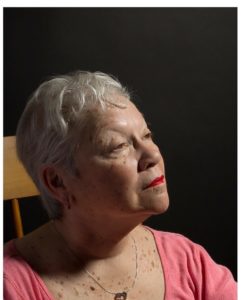 Janet Carol Mathews, 80, of Mayflower, went to be with the Lord on Friday, August 31, 2018. She was born September 1, 1937 in Altoona, Pennsylvania to late Parents Donald and Myrtle (Blum) Martin.

She is survived by her Daughters: Yvonne Daniels of Lamar and Jeanne Rossie (Paul) of Conway Granddaughters: Savannah Fonner (Chris) of Conway and Paige Cook (Philip) of Conway as well as four beautiful great grandchildren: two boys and two girls.

Janet was truly a beautiful soul, and she brought happiness to all who had the pleasure of knowing her. She will be deeply missed by her family and friends whose hearts she has greatly touched. A memorial service will be held at 5 o’clock on Wednesday September 5, 2018 at Jones Hill Pentecostal church off Easterwood Point Road in Mayflower, services will be performed by: Brother Raymond York.