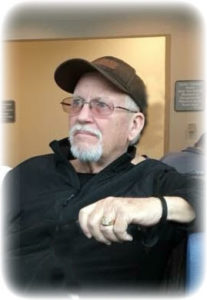 Joseph A. Jones, 64, of Clarendon passed away on Tuesday, September 18, 2018.  He was born in England, United Kingdom on January 23, 1954 to the late George Edward and Marilyn Yvonne Jones.

He was a member of the American Legion in Brinkley, Arkansas; retired Veteran from the United States Air Force; he was an outdoorsman who enjoyed fishing, golfing, selling cars, cooking, playing board games and was a devoted family man.

Visitation will be on Saturday, September 22, 2018 from 1:00 – 2:00 P.M. at First Baptist Church of Clarendon, 224 Washington Street, Clarendon, Arkansas with funeral services to follow at 2:00 P.M.  Interment will be held at Roe Cemetery, Roe, Arkansas.