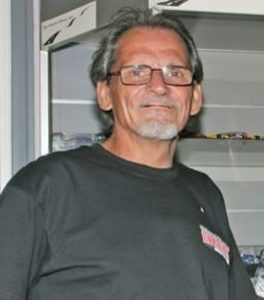 Terrall Joseph Johnston, 66, passed away on Saturday, September 15, 2018.  He was born on October 5, 1951 in Bellflower, California, to the late Elmer and Marion Johnston.

Terry, as he was affectionately known to all, was an expert mechanic for drag-racing funny cars of the 1970’s era, and generally one of the best auto mechanics around.  He was also a softhearted dog-lover and a great storyteller (so much so that very likely you would have heard quite of few of his stories more than once!).