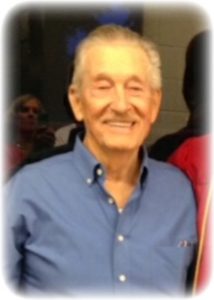 Donald A. Armstrong, 83 of Little Rock, Arkansas passed from this life on Wednesday, October 17, 2018. Don was born on January 31, 1935 in Little Rock, Arkansas to the late William F. and Margaret Armstrong. He served in the United State Navy during the Korean War on the U.S.S. Wasp. Don loved spending time with his family and taking care of the farm; the Hidden Valley Berry Farm and Pumpkin Patch.

In lieu of flowers the family requests donations to be made to the Hospice Palliative care unit E at John McClellan VA, Little Rock, Arkansas or to an Alzheimer or Parkinsons’ research of your choosing.

A memorial graveside service will be held at Spring Valley Cemetery at a later date.