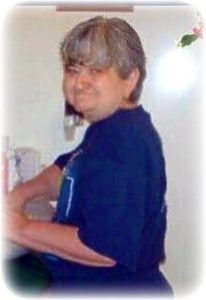 Kathy Ann Douglas, 66 of Jacksonville, AR passed from this life on Tuesday, October 30, 2018. She was born on October 8, 1952 in Williamsport, Pennsylvania to the late Francis and Dorothy Chambers. Kathy was a devoted member of Morrison Chapel Baptist Church in North Little Rock, Arkansas. She loved spending time with her family, cooking and sewing.