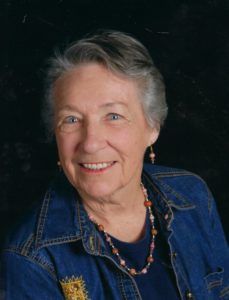 She married Miles Roberts on June 8, 1952. She worked with Orange County, California and Fayetteville, North Carolina Social Service as a fraud inspector with the welfare department. In her golden years, she volunteered with the Coast Guard Auxiliary and rose to the rank of Commodore of the Coast Guard Auxiliary of the Eastern Seaboard while living in North Carolina. Pat was active in her sorority and was a member of St. Francis Catholic Church, Fairfield Bay, Arkansas.  She was an avid outdoors enthusiast enjoying hunting, fishing, golf, traveling and working in the garden.

She is preceded in death by her husband Miles Roberts and daughter Lou Ann Malpass.

Services will be announced at a later date.