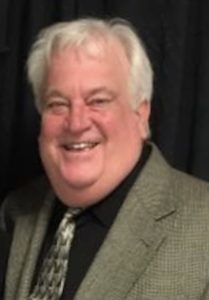 Scott Alan Norell, 56 of Cherokee Village, Arkansas, passed away too soon on, Tuesday, October 2, 2018 in Little Rock Arkansas. He was born in Milwaukee, Wisconsin on February 12, 1962 to the Late Ronald Walter Norell and Joanne Margaret Skoglund.  Scott was also preceded in death by his brother Larry Norell.

He is survived by a daughter; Kayla Ann Norell, and a son; Scott Austin Norell both of Elburn IL, a brother; Craig Norell (Conni) of Memphis, Tennessee and host of friends and family. Scott was loved by many. He will be remembered and appreciated by those that knew him. Scott will forever remain in the hearts of his children.

Cremation arrangements have been entrusted to A Natural State Funeral Service in Jacksonville, Arkansas, 72076. 501-982-3400.