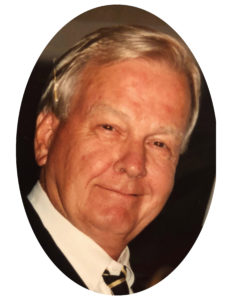 Thomas Cleveland Hitt, 92 of North Little Rock, passed away October 27, 2018. He was a native of Prescott, Arkansas and was born to the late Grover Cleveland and Lula White Hitt on May 22, 1926.

Tom was a proud veteran. He enlisted in the United States Navy at age 17 and served in the South Pacific during World War II and re-enlisted and served in Korea. He was among the veterans on the Honor Flight from Arkansas who traveled to Washington, D.C. to visit the World War II Memorial, as well as other national monuments in 2013. It was one of his favorite trips ever!

He was employed by the National D-Con Company and traveled the United States as a sales representative. He retired from Allen Foods, serving Arkansas school cafeterias and nursing homes, where the kitchen staff was always delighted to see him. Tom and his twin brother, Richard, loved to collect recipes and cook. Tom loved Sunday afternoon drives, watching old westerns and was an avid Razorback fan and seldom missed watching a game.

A memorial service will be held on Tuesday, October 30, 2018 at 2:00 p.m. with Visitation at 1:30 p.m. at A Natural State Funeral Service 2620 West Main Street in Jacksonville, Arkansas. Entombment with military honors will be held immediately following at Chapel Hill Memorial Park in Jacksonville.