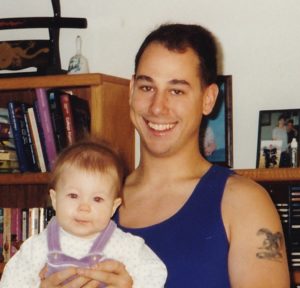 He was a distinguished U.S. Air Force veteran with over 22 years of service where he served as an aircraft structural maintenance specialist.  He worked on many types of aircraft including the F-15, C-130, C-5, C-141, and AWACS. He was stationed in Anchorage, Alaska from 1990 to 1994.  He was then sent to Little Rock, Arkansas, where he remained until his retirement in 2012.  After retiring from the Air Force he went on to obtain a Bachelor of Science in Industrial Technology from the College of Engineering from Southern Illinois University.

Bradley enjoyed many sports such as bicycling, golfing, snow skiing, boating, and running.  He had a great appreciation for many forms of art and music.  He prided himself as a beer connoisseur and was known as “Bad Brad” to family and friends, often hosting gatherings for social events at his Hilltop Lounge.  He was known for his unique sense of humor. He was a loving, caring father and a good friend to all.

Bradley is preceded in death by his father, Michael Goodale.

Services will take place in Peoria, Illinois, to be announced at a later date.