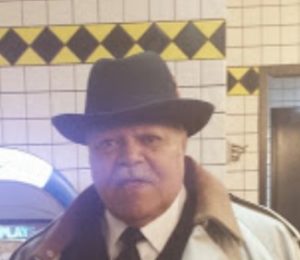 Frank Jimmie Clark, Jr, of Jacksonville, passed away November 12, 2018.  He was born in Little Rock, Arkansas on February 28, 1941 to the late Frank and Isabel Clark.  Frank joined the U.S. Army the day after High School graduation in 1958, serving 20 plus years.  He went to Vietnam twice, once with the 82ndAirborne, and once with 101stAirborne.  During that time, he flew Chinooks.  He earned a Silver Star for Acts Above and Beyond Duty.  After retiring he joined the Pulaski County Sheriff’s Department and served as a Deputy Sheriff for 26 years, retiring as Lieutenant.  Frank was a loving husband, father, grandfather, and great grandfather.  He had no problems telling you what was on his mind.  He never met a stranger.  Frank will be greatly missed.  RIP soldier, your battle is over.