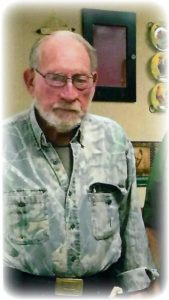 Harrison Monroe Hall, 85, of Little Rock passed away on Monday, November 19, 2018.  He was born on August 9, 1933 in Blue Mountain, Arkansas to the late Morris Allen Hall, Sr. and Jessie Almedia France-Hall.

He worked as a roofer, a carpenter and retired from Allright Parking after 40 years.  Harrison was an avid fisherman, deer and turkey hunter and a lifelong member of Coleman Hunting Club of south Arkansas since 1970. He was also a member of the Po Boy Club for many years.

He is survived by his daughters Linda Ingalls (Mark) and Cheryl Hudson both of Roland; four grandchildren Charlie Hudson (Amy), Kevin Finch (Missy), Waylon Finch and Ashley Finch; nine grandchildren Hunter, Austin, Wesley, Kyle, Alynnah, Jude, Christian, Melanie and Mallory; three siblings Martha Mills (Mack), Robert Hall (Barbara) and Melvin Hall (Sandy) as well as many friends and family members. The family would like to give special appreciation and love to his friend Francisco Pina and thanks to Camille with Hospice for the wonderful care provided.