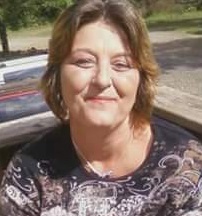 She was a loving mother, grandmother, aunt and sister. She loved her family deeply and will be missed greatly.

She was born in Little Rock, Arkansas on August 13, 1965 to the late Emmett and Velda Lambert. Cherri was also preceded in death by her two daughters, Penny Lambert and Robin Hall; grandson, Christopher Lambert; and granddaughter, Aspen Bryant.

In lieu of flowers please make all donations to the funeral home.