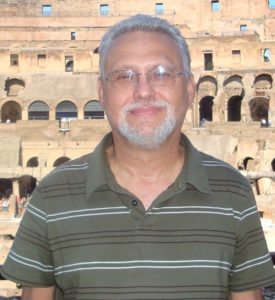 John “Ed” Corballis, Jr, 62, of Benton, Arkansas, left this world for a better one on December 6, 2018.  He was born in Jersey City, New Jersey on August 2, 1956. He was an electronic technician for AT&T for over 25 years.  His love of technology continued throughout his life.  He was a loving, understanding, and easy-going person to all that knew him.

Ed is survived by his wife of 34 years, Roseanne Corballis; daughters and son-in-laws, Kandi and James Henderson and Judi Heath and Andres Diaz; mother, Jane Corballis; brothers and sister-in-law, Mike and Cleta Corballis, Richard Corballis, Tim Corballis, James and Joan Mahan; grandchildren; Ethan, Evan and Eli Henderson, along with his feline son, KoKo and many cousins, nieces, and nephews.

In lieu of flowers, memorials may be made to the Diabetes Foundation.

Private services will be scheduled at a later date.