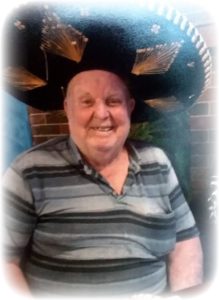 He proudly retired from the El Paso, Texas Fire Department, he was a great cook who loved to fish and was a loving, compassionate, kind father, grandfather and great-grandfather.

He is preceded in death by his parents, a son Daniel Richard Bickle, two sisters Eva Lee Bickle and Shirley Ray Linville and one brother Tommy Stephan Bickle.