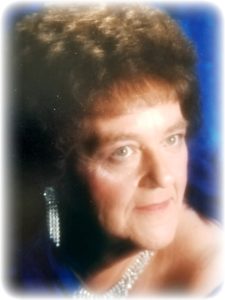 She worked for the T.C. Vaughn Senior Adult Center for over 30 years, until 2017 when her failing health forced her to retire as the Director of the Perryville Center and leave behind her beloved center. Katherine attended Perryville United Methodist Church and rarely missed one of Pastor Adams’ sermons. Kathy’s mission was always to encourage and help those in need. She will be sorely missed by all those who knew her.

She was preceded in death by her loving husband William D. Krone, SR. and parents, Phil and Lucille Hicks.

Katherine is survived by her sister, Phyllis Taylor; nieces, Erin and Amyris Taylor; nephews, Patrick and Westley Taylor and step-son, William Krone, Jr. She was the loving guardian of Maddie Gonzales and Colby Krone. She is also survived by Maddie’s son, Elijah Gonzales.

A memorial service will be announced at a later date.