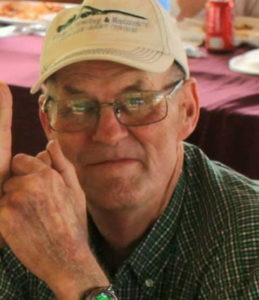 He served in the Army National Guard in the 112thInfantry and served for 16 years, stationed out of Camp Robinson. He worked for Little Rock Housing Authority and cherished the time spent with the Senior Citizens there. He worked with the Alexander Water Department and also volunteered his time with the Alexander Fire Department.  Monroe married the love of his life Darlene, on September 6th, 1968 and had four beautiful girls together. He loved his life, family, and country.

He was preceded in death by his parents Arvel and Sena Cates, one brother Willie Cates.