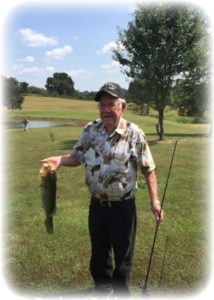 Broyce Wayne Harris, 86, of Walnut Ridge, Arkansas departed this life on February 15, 2019. He was born in Needmore, Tennessee on December 24, 1932 to the late Tom and Gineva Harris. Wayne served in the United State Army and was a Korean War Veteran. He loved to granden, fish, and take short trips all over the state of Arkansas.

Wayne is also preceded in death by his sister Sue Surratt. He leaves behind to cherish his memory his children, Regina Rampy (Cliff) and Anthony W. Harris; Lousie Ray, his companion and travel friend for over twelve years; Louise’s children and grandchildren who dearly loved Wayne and a host of other friends and family.

Wayne will be placed at the National Veterans Cemetery in Memphis, TN at a later date.