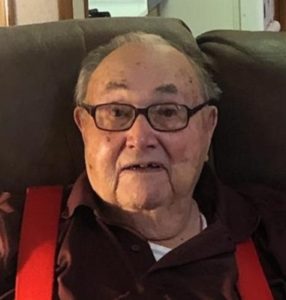 Harlan Gene Schafer, 88, of Mayflower passed away on June 23, 2020. He was born in Steinauer, Nebraska on August 11, 1931, to the late Henry and Nellie (Wehrbein) Schafer.
He was born and raised in Steinauer, Nebraska when he joined the United States Coast Guard, he was a proud Veteran who served in the Korean Conflict. In 1970 he moved to central Arkansas where he owned and operated a business. He and his family lived in Maumelle and Mayflower for the last 20 years. He enjoyed fishing and playing cards with his family.
He leaves behind his wife and friend for over 57 years, Linda (Overcash) Schafer; his children Dawn Schafer of Bend, Oregon, Wendy Wink (Sean) of Fairfield, California, Jason Schafer (Holly) of Benton, Arkansas, Ashlee Schafer of Little Rock, Arkansas, and Jonathon Schafer (Stephanie) of Little Rock, Arkansas; his 9 grandchildren and 1 ¾ great-grandchildren; a host of extended family and friends.
Harlan requested no service but memorials to be made to the Wounded Warriors Foundation.
Arrangements entrusted to A Natural State Funeral Service, 2620 West Main Street, Jacksonville, Arkansas. 501-982-3400