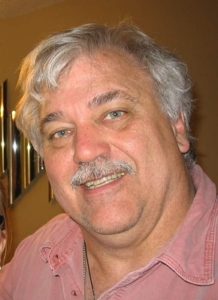 He was loving, devout father, son, grandfather and brother who enjoyed collecting Hot Wheels and coins.  He was of Christian faith and as two of his girls grew up while living in Spokane, Washington, he would call his girls every Sunday, and this was long before the unlimited long distance. He would drive 5 hours each way in one day so he could pick up his other two girls so he could spend time with them. He was an outdoors person who loved fishing and worked as a crab fisher on crab boats for a brief time. He liked going camping and always made it a tradition to go every year. He loved to play computer games such as Runescape and enjoyed listening and attending country and rock music concerts. John was a member of the militia in Arkansas, where he had the benefit of shooting guns with the group. In his free time, he relished being with friends, traveling to different states and places while enjoying the scenery.  He was an amazing cook and worked as a chef for many years, he was famous for his chicken-a-la-king, green chili chicken chimichangas, potato salad and his deviled eggs. During the Christmas time he was Known for his chocolate fudge and almond roca.  He was a patriotic man who loved to celebrate July 4th, where he would BBQ for everyone, and then put on an amazing firework show for all his family and friends. He was kind to all people and would stop to help change a tire if needed. He was an animal lover and leaves behind his two fur babies Mercy and Angel. Mercy was his little mini-me and enthusiastically followed him everywhere, he often called the dog Mercy Me and loved the puppies cinnamon roll tail.

He is preceded in death by his father George Henry Michael Gee.

In lieu of flowers the family requests that donation be made to American Cancer Society.