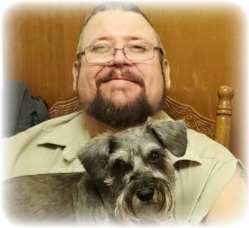 During high school, he became lead guitarist in a rock band named “Maxx Zoid”. After graduating from Jacksonville High School (1982), he became a respiratory therapist and worked in a hospital setting for over 20 years.

His family will always remember him as a man full of love for kin, friends, and rock-n-roll.

Mark will be laid to rest at Rest Hills Memorial Park. Services will be private and his family would like to thank you for your thoughts and prayers during this difficult time. Arrangements have been entrusted to A Natural State Funeral Service, 2620 West Main Street, Jacksonville, Arkansas. 501-982-3400