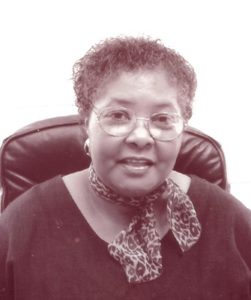 Obituary “The Life of Mary Rose”

Mary Rose Robinson-Jarrett was born in Marvell, AR to the late Clemmie Lee Carruth and the late Leon Robinson on July 25, 1947 and was called to eternal rest on June 19, 2020.  She was preceded in death by three sisters Edna Earl, Estella, and Laura Lee, and by one brother Darnell.

She was married for 33 years to the Late Nathaniel “Bud” Jarrett.

Mary accepted her life’s walk with Christ at an early age and joined the Asbury Missionary Baptist Church.  When she came to college in 1965 at Arkansas Baptist, she later joined Gospel Temple Baptist Church; where until her life ended worked dutifully in various church positions.  She sang melodiously in the Inspiration Choir often being the narrator for many songs, Sunday School Teacher, Missionary President, Trustee Board Member, Mother Board, Resolution Writer and proudly presented many poems and dramatizations.

Mary enjoyed helping people, no matter what she could do, whether it be with encouraging words or directions on where to go for help, she was glad to do it.  She had a big heart whereas she enjoyed laughing with many friends and students.  She fancied herself as a baker, she often baked her famous caramel cakes and vanilla cream cakes for many. She was always reading and researching, that was her hobby as well as her life, always attaining knowledge to help someone, should they ask.

She was an Educator, known by the greater community as a laborer in Higher Education and Administration at Arkansas Baptist College, she devoted 40 years to this one institution, she served on many Boards in the City, she held many positions at the ABC, Vice President Academic Affairs, Dean of the College, and  first  female to be Interim President of the college. Appointed by President Clinton in 1988 to serve on the Minority Teachers Advisory Council. After many years in Education she retired and set up a motivational speaker website called “Jarrett Speaks”.  Her speeches resonated with individuals and her Voice will be missed.