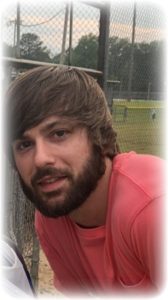 Zack is preceded in death by his paternal grandfather William Calvin Shaw and maternal grandmother Virginia Louise Ward. He is survived by the one person that meant the most to him; his son Jaxon Matthew Whitefield.  Zack loved Jaxon with everything he had in him. He was a patient and loving father. Zack is also survived by his parents, and siblings, Koren Perry (Brandon), Wesley Jackson, and Robert Shaw. Zack had two special family members that meant a lot to him, his nephew Dylan and his niece Katelanne. He was a loving fun dad, son, brother and uncle and all who had the honor to know Zack have memories that will live on with them. Zack had became close with his sons family and they were a big part of his life. Shelby, Lisa and Mark whom he loved and respected. He is also survived by his paternal grandmother Bobbie Dean Bullard Shaw and maternal grandfather, Charles Douglas Slaughter.

Zack is going to be greatly missed by all of his family and friends. Life will never be the same with him gone. We love you dearly and until we meet again.