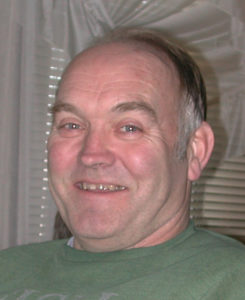 Michael was a 1962 graduate of Queen Anne High School where he played football and began his prowess for skiing. He graduated from Olympic College in Bremerton and there received an outstanding engineering award. He finished his degree in Civil Engineering in 1967 at the University of Washington and became a registered professional engineer. He worked for the Corps of Engineers, the City of Aberdeen, and freelanced as an engineer.

Michael had a lifelong love of boats and being on or near water, particularly at Coyle on Hood Canal where he had a cabin and served many years as a director of the Coyle Community Club Executive Board. He was mechanically adept and fixed things that others would just replace.

He was most proud of his son, Seth Rice, born to Michael’s former partner, Tertia Rice. Their best times together were in a boat, fishing, and fixing things.

Michael is survived by his son whose partner is Shelby Mosley, his sister Mary Lou Gregory (Dennis) of Hoquiam, his brother Jack Shupe (Lea) of Bellingham, a nephew Ryan Shupe (Samantha Creed), a niece Heather Shupe (fiance Torstein Klausen), a former partner Patricia Holm Johnson, and many cousins. He was preceded in death by his parents and former partner Tertia Rice.

There will be no formal memorial.