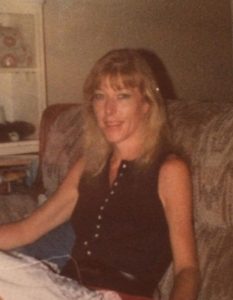 In her earlier years she was raised in a musical family where her and her brother enjoyed singing and playing music together, which lead to her adventures with the local music scene.  She was raised in faith and enjoyed sharing the gospel of Christ and she was known for passing out bibles and offering to pray.  She was an avid fan of Glen Rose football and watching her grandson play every Friday night. Raellyn was raised surrounded by the love of her mom, dad, brother, numerous cousins, aunts and uncles.  She enjoyed spending quality time with her children and grandchildren.

She is preceded in death by her brother Hal Osmond, several aunts and uncles.

In light of current public health concerns a service will be held at a later date. Her family is very grateful for your understanding, support and prayers in this difficult time.