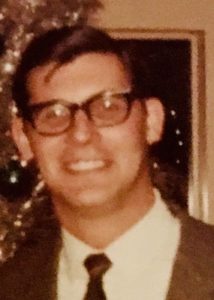 He is proceeded in death by his parents Roger & Gwendolyn George, his brothers Arnold George and Russell George.

Roger was born May 8th, 1942 at Children’s Hospital in San Francisco, CA. He grew up in Redwood City, CA and served in the United States Army while stationed at Fort Ord in Monterey, CA.  He was a long time San Francisco 49er fan and known for his jokes and quirky sense of humor.

In lieu of flowers, donations can be made to JDRF in honor of his granddaughter.