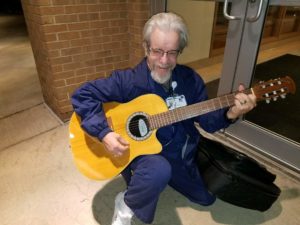 He was born November 6, 1956 in Memphis, Tennessee to William Henry Owen and Mary Sue Parker-Owen.

Edward proudly served in the US Navy and for the past 30 plus years has be serving as a RN with Baptist Hospital.  He was a very talented patriotic man who loved the art of Nursing, playing the guitar and listening to music.

He was preceded in death by his mother Mary Sue Parker-Owen.