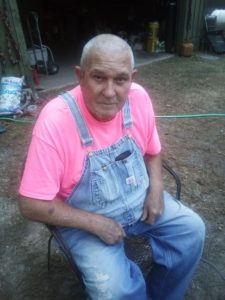 Howard E. Crutcher, age 75, of Huttig, Arkansas passed away Wednesday, July 22, 2020 at his residence. He was born September 6, 1944 in Magnolia, Arkansas to Lee Everett Crutcher and Katie Knight Crutcher.

Howard was a Vietnam Navy Veteran serving on the aircraft carrier USS Ranger. He loved to fish and worked in construction.

Preceding him in death are his parents, his sisters; Beverly Corbin and Norma Creed, a brother Donald Scott and his step father Houston Scott.