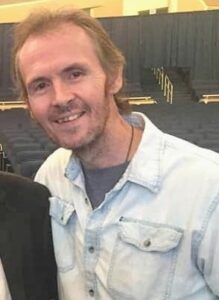 Kenneth Seldon Pratt age 63, of Scotland, Arkansas passed away on Friday, July 24, 2020. He was born in Peru Indiana, on February 14, 1957 to the late Kenneth Norman Pratt and Beatrice Thorpe- Pratt.

He was an Electrician by trade and was very talented.  Kenneth was a loving husband, father, grandfather, son, brother, and friend too many. He enjoyed, hunting, fishing, building long bows and spending time with his family.

He preceded in death by his parents and his son Jason Pratt.

Per Kenneth’s wishes there will be no funeral service and in lieu of the flowers the family would appreciate donations be made directly to the funeral home to help with his services.