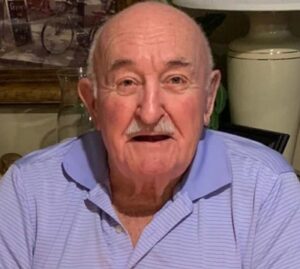 ROBERT “BOB” J. SANDERS, 91, went to be with Jesus on Sunday, July 26, 2020.  Bob was born on May 5, 1929, in Conrad, Iowa, to Walter and Adeline Sanders.  After graduating high school, he proudly served in the U.S. Air Force for 20 years, which included the Korean War.  After retiring from the USAF, Bob raised a family with his first wife, Barbara Sanders, and worked as a plant engineer for many years in Tulsa, Oklahoma.  After Barbara lost her battle with cancer, Bob fully retired and moved to central Arkansas where he met and married Margarette “June” Sanders, enjoying many years together until June also lost her fight with cancer in 2017.

Bob was an active member of North Hills Baptist Church in Sherwood and became a deacon who loved to serve God and His people.  He also loved spending time with his family and the North Hills “lunch bunch” as well as fishing and playing dominoes.  He valued companionship while also being independent, and he enjoyed a meal with friends and family but never ate leftovers.  Bob was a good man who could remember everything and fix anything.  Most importantly, Bob had his sights set on God, so while he is missed here on earth, he is secure in the Lord.

Memorials may be made to North Hills Baptist Church.