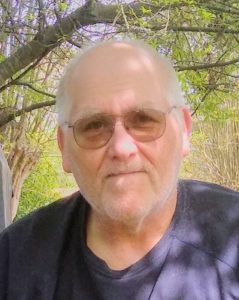 Doyle’s younger days were spent in Little Rock, growing up with his older sister, Sharlene (husband: Tim Richardson) and his younger brother, Travis (wife: Debby).  He graduated Hall High School and attended several semesters at UA at Little Rock (UALR) where he interned as a coach at Henderson Junior High before becoming a full-time electrician.  According to Doyle, he had been working as a part-time electrician since he entered kindergarten.

Before Doyle’s birth, his parents started Tommy Smith Electric, with his father as Master Electrician and his mother running the office.  It was no surprise that Tommy Doyle followed in his Dad’s footsteps working for the company and, at the age of 28, getting his Master Electrician license.

In 1976, he wed Nancy (Andrews) Smith and soon afterwards moved to Hilldale Road in the Collegeville community of Saline County.  Doyle and Nancy’s marriage were blessed with two daughters, Jamie and Jennifer.  While their mother was potty training and teaching the girls to talk, Doyle was training his daughters to run wire and the correct names and usage of tools.

Tommy Doyle enjoyed the company of his four grandchildren.  One of his last activities before entering the hospital was to plant a patio garden with his favorite (and only) granddaughter.  Doyle’s daughter Jamie (husband: Kevin) Rumenapp has a son and a daughter: Dakota and Ayla.  His daughter Jennifer (husband: John) Harrison has two sons: Jase and Jaxson.

Tommy Doyle also enjoyed deer camps, which included the nightly domino games.  There were fishing trips and the fish dinners that that resulted.  He enjoyed watching sport events, especially the ones in which family participated.  A lot of these activities included nephews: Tanner, Tad, Steven and Derrell, Aaron and Adam and nieces: Sharon, Susan and Pam.

A member of New Beginnings Church, Doyle also enjoyed visiting with members of the congregation.  He especially enjoyed the good singing at the church.

From his youngest days to his most recent days, there were always canine companions as part of Doyle’s family.  He grew up with dog-siblings like Debbie the Collie, he had his own four-legged children like Rufus, and played with grand-dogs like Max, Tito, Momo, Princess, Copper, and Bo.  If anyone would want to make a contribution in his memory, Doyle would have appreciated it made to any Humane Society.

His family request is, if you send flowers, send potted plants, which can be planted and enjoyed for years to come.

For anyone that knew Doyle, he was seldom ever seen without wearing one of his ball caps!  Nancy wants to make a display of all Doyle’s caps and she would be pleased to add any caps she receives at the drop-in service to the display.

Doyle will be missed – but not forgotten.  We have many stories and pictures with which to keep his memory alive but we always would love more.  If you have any pictures or stories, please share them with his family.

On July 18th, from 3:30 to 6:30, please join his wife, Nancy, and daughters, Jamie and Jennifer, along with the rest of his family to celebrate Tommy Doyle’s life and provide a rotating homegoing at New Beginnings Christian Church 7728 Highway 5 N, Alexander AR 72002. There will not be a traditional service, however the family wanted to be available for condolences and open microphone to share stories at a drop in homegoing celebration for any guests. Masks will be available for those entering the sanctuary. To accommodate social distancing if anyone wanted to remain outside or in the parking area, the family will be notified of guests outside.