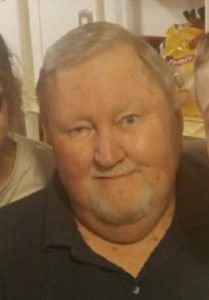 Walter L. Tucker, age 66 of Wilmar, Arkansas passed away in Little Rock, on Saturday, July 18, 2020. He was born on March 13, 1954 in Monticello, Arkansas to the late Walter Tucker and Caroldine “Carol” Courtney Lair Tucker.

Walter was a loving and devoted husband, father; grandfather, brother, uncle and friend.  He was a hard worker, and served as a police man for many years in south Arkansas. After leaving the police force he held many positions with different businesses around town and later retired from Johnson’s Furniture.  He enjoyed shooting and collecting guns as well as spending time in the outdoors hunting and fishing.