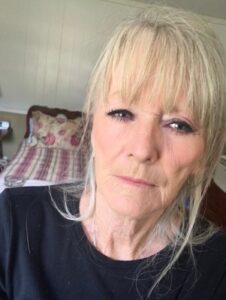 She was preceded in death by Coy and Dorothy Millwood, her brothers Harrison and Roger Millwood and her sister Dolly Gregory.

She married Anthony Caputo on September 14, 1994 and had two sons Ryan and Brandon Caputo.