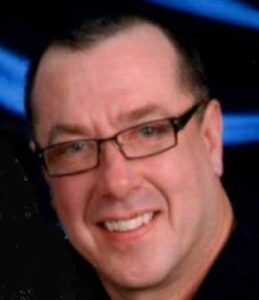 Dale McKay Heft passed away August 25, 2020, at the age of 52 in Ozark, Arkansas. He was born on November 12, 1967 in Paris, Arkansas to his parents, Lonnie Dale and Martha Kay (Edwards) Heft. Dale’s grandmother, Monaie Edwards a registered nurse helped deliver him at the Paris Hospital. He graduated from Paris High School in 1986. Dale attended college at University of Arkansas – Fort Smith and received his Computer-aided design (CAD) degree in 1998. Then after moving to West Virginia, Dale graduated with Civil Engineering degree at West Virginia University in 2001. Dale started his engineer career as a Former Bridge Design Engineer at West Virginia Department of Transportation from 2001 to 2003. Then moved back to Arkansas as a Former Structural Engineer at Arkansas State Highway & Transportation Department 2003 to 2020 of Little Rock, Arkansas. Dale was also a Former Field Engineer at Arkansas State Highway & Transportation Department 2020 of Clarksville, Arkansas.

Dale married Roberta Warren of Little Rock, Arkansas on May 24, 2008 of 12 years. Roberta and Dale were blessed with one son, Warren McKay age 10.

Dale leaves many loving memories to be cherished by his family and friends. Dale was a very tendered heart man and loved spending time with his family and friends. He loved working on his 1969 Chevelle Super Sport, which he completely restored. He was mechanically and analytical minded and could fix anything that had wheels. Dale was a Christian, loved the Lord, and knew that his Heavenly Father loved him.

“I have heard of You by the hearing of the ear, but now my eye sees You.” Job 42:5 – The deeper and more accurate understanding of God gained through suffering leads us to worship our Creator and gives us confidence for what lies ahead.

In lieu of flowers, a memorial donation can be made to A Natural State Funeral Service, 2620 West Main Street, Jacksonville, Arkansas. 501-982-3400. Please address in attention to the “Heft Family”.

A memorial service to honor and celebrate the life of Dale McKay Heft will be held 11:00am Wednesday, September 2, 2020 at the Midway Assembly of God Church with Pastor Rick Nye presiding.