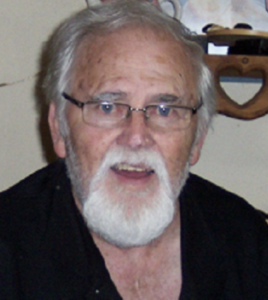 Elmer Lewis “Nig” Mahoney Jr., of Cabot, AR peacefully passed from this life on Tuesday, August 4, 2020, at the age of 83 at his home after a long-fought battle of Parkinson’s Disease.  He was born on Christmas Eve in 1936.

Nig and Donna were married thirty-two years and after years spent apart, they found their way back to each other and spent precious time together.  He is survived by the mother of his children Donna (Thornton) Mahoney-Williams and their daughters Candace Shepherd (Sam) of Cabot, AR and Carmen Culbertson (Ed) of Allen, TX.  Pappaw, his favorite job title, is also survived by his grandchildren Scott Hicks, Caite Hall (James) Jacob Culbertson (Dayci), Noah Culbertson (Krista), Isaac Culbertson (Kelly), and Timothy Culbertson (Makenzie).   In addition, Pappaw is also survived by great-grandchildren Matthew and Allison Hicks, Natalie and AJ Hall, Tony, Marc, J.R. Troy, Talia, Tibby, and soon to be Theodore, Elijah, Oliver, and Everly Culbertson as well as a host of extended family and friends.

His children and grandchildren will be gathering at his home at 70 Jacob Lane, Cabot, AR to greet family and friends and share some memories beginning at 11:00am until 4:00pm on Thursday.

Daddy was a very caring and kind man.  He was always willing to offer help to anyone who was in need and expected, nor wanted anything in return.  Daddy felt his finest accomplishment was getting “city water” to family and friends.  His greatest love was his family and spending time with them.  It brings a smile to our faces as we, along with our mom, think of the many, many times he allowed his grandchildren to do things like cut his beard with plastic scissors that “wouldn’t cut” but they cut just fine so away went the beard!  He was also known for his cathead biscuits.  Each child and grandchild, as soon as they could straighten out their knees, was held high over his head in his hand and on one occasion even holding a baseball bat! Even though our hearts would be in our throats, we knew he would never let them fall.  Daddy was a special breed of man and will be sorely missed by all who knew and loved him.

A Celebration of Life gathering will be held at Russell Chapel Nazarene Church located at 30 Mahoney Road, Cabot, AR on Friday, August 7, 2020 at 3:00pm with Bro. Stephen Zumalt presiding.  Interment will follow at King Cemetery.