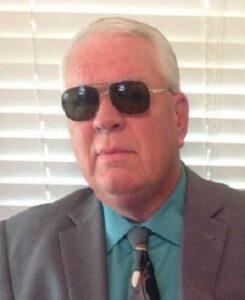 He was a loving man who proudly served in the United States Navy, that structure and military style stayed with Oran even after he left the service. He was a member of the local American Legion. He loved to visit with people and never met a stranger. He loved to keep a well-manicured lawn, working outside and loved to paint.

He is preceded in death by his aunt Marcy Nease and uncle Tommy Nease.