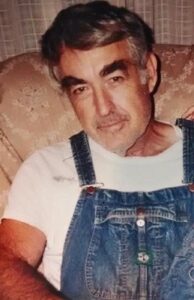 In 1965, John moved his growing family to Little Rock to establish Arkansas Distributors. He remained in the flooring industry until his retirement along the way launching many careers and creating life-long friendships.

In retirement, he spent most mornings at McDonalds with his friends, the old geezers club drinking coffee and solving the world’s problems. After coffee, you could always find him outside on his 2 acres, tackling the stick problem.

On behalf of the entire family, we would like to thank Kindred Hospice for the dedicated care and compassion shown to us all.