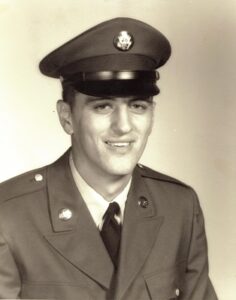 Donald J. Shaban, passed away September 12, 2020 at his home with his loving wife by his side.  He was the son of the late Joseph and Louise Ashy Shaban, he was born on November 8, 1941 in Brinkley, Arkansas.

Don was a member of St. John Catholic Church in Brinkley, where he was active as an altar boy.  He graduated from Brinkley High School in 1960, where he played football and basketball.  After graduation he attended the University of Central Arkansas, Conway, Arkansas. In 1963 he joined the United States Army and served overseas until 1966.  Donald married his loving wife, Sandra Johnson on March 2, 1990 in Oklahoma.  He received a large family that came with this marriage, but he loved being a grandfather and being called “Big-Man”.   He was a very loving and kind man who adored his grandchildren. Don worked as a computer programmer and technician, his job required a lot of travel and moves.  They lived in Oklahoma, Louisiana, Florida, and had extended stays in California and Baltimore. They traveled from the East Coast to the West Coast and from the North to the South. They enjoyed traveling and the many golf courses they played on. As retirement approached, they returned to Arkansas to be near family and settled in Sherwood. He enjoyed watching football and was an avid New Orleans Saints fan.

He is preceded in death by his brothers Joe Shaban and Ronald Shaban; his sister Sylvia Murtishaw (Jim) and his step-son Bobby Whiteside.

In light of the current health concerns, Don’s family thanks you for your thoughts and prayers if you are not able to attend the service. Please be aware, as per Arkansas directives, attendance will be regulated in accordance to Arkansas guidelines, all guests in attendance will be required wear masks/facial coverings and social distancing guidelines will be in place.