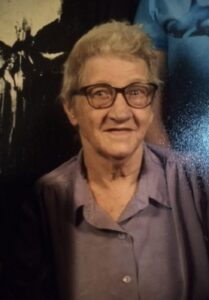 She was a Homemaker, wife, mother, and a grandmother. Family meant everything to her.  Everyone who met her became either a brother, sister, son, daughter, grandson, granddaughter, nephew or niece to her.  She was greatly loved and will be greatly missed.