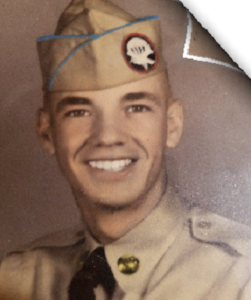 He was a loving husband, father, grandfather and friend.  He proudly served and retired from the United States Army.  He lived a simple life where he enjoyed hunting, fishing; his family and friends.

He is preceded in death by his daughter Kimberly Ann Wuelling-Dickens and his son Jeffery Scott Wuelling.