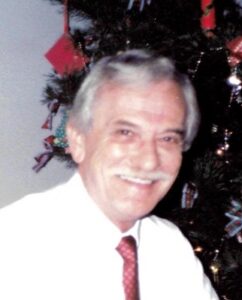 He was a loving father, grandfather and friend.  He graduated from Libbey High School, and he was a former Golden Glove Welterweight Boxer and a Semi-pro Baseball player.  He proudly served in the United States Army during the Korean Conflict and was a proud Veteran.  Henry began his prestigious police career in Toledo, Ohio, where he covered various positions and assignments including participating in four separate sting operations as investigator, coordinator, back-up and video technician and undercover for four years.  He later retired and moved to Florida  and owned Hanks Golf Ball Creations.  He enjoyed spending time with his family but in his free time he loved bird watching, and the Game Show Network.

In addition to his parents, he is preceded in death by two sisters and one brother.