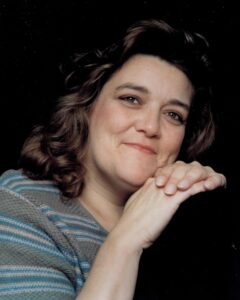 Brenda Pounds, age 56, of Horseshoe Bend, Arkansas passed away on October 7, 2020 in Jonesboro, Arkansas.  She was born on December 4, 1963 in Little Rock, Arkansas.

Brenda is survived by her fiancé Mark Jones, a son Kaleb Pounds of North Little Rock, a daughter Angela Pounds of Stuttgart, three grandchildren; Aubrey, Brooklyn, and Braylon, and a brother Samuel Dotson, a sister Cheryl Walker as well as many other family members, and friends.

She was preceded in death by her parents Aubrey Pannell Sr. and Thelma Dotson Pannell.

Brenda was a loving mother, grandmother, sister and friend.  Her memories will live on in the hearts of many and she will be dearly missed by all that knew her.