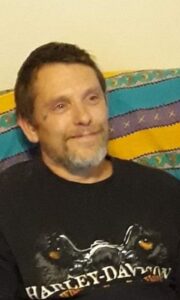 Delbert was a loving husband, father, grandpa, son, brother and friend.  He was a proud hard-working man, who cherished his family and friends.  He would go out of his way to do anything he could to help others or bring a smile and laughter to anyone he met.  He graduated from DeKalb High School in 1986 and was employed by Crosby National, Jacksonville, Arkansas.

He is preceded in death by his father James Isham; a loving sister Carol Isham and niece Carol Sue Mills.