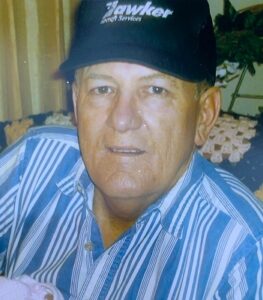 Doug loved his church family, his own family, daughter Tiffany, and his grandchildren. He would do anything for you, and was loved by many friends. Doug served proudly for 6 years in the United States Army National Guard 212th Signal Battalion.

Doug grew up on Smokey Lane and Crystal Hill Road, he attended Oak Grove till the ninth grade and then graduated from Sylvan Hills High School in 1964; he attended UCA in Conway for two years, then went to work for the Union Pacific Railroad in which he was a conductor on the west end, he worked for Little Rock Motor Rebuilder traveling the state calling on shops; he worked part time driver for Atlas Auto Auction in Little Rock, he then worked for Hawker Beechcraft in the Parts Department where he later retired. He loved cars and he loved to drag race both on the street and on the strip. Some of the fast cars that he owned were the ‘29 Ford Roadster, 55 Chevy, ‘64 Corvette Roadster, new ‘66 GTO and he was a part owner with two other railroaders, Bruce Hurst and Brother, Dwayne Richards, on a ‘69 Z/28, the engine was out of the ‘69 Snoopy Corvette, which was the fastest street car of that time period, and Dick Bean’s Racing Jet Boat, and he owned a Bricklin . The ‘69 Z/28 which was in the 1974 issue of the National Dragster Magazine, all the cars were very fast and won lots of races and money on the street and raced at the Carlisle Drag Strip. He repaired, drove and sold f cars & trucks, ever since beginning around the young age of 16. Doug loved women and he married three, but just dated the rest of them.

You can view the tribute video by clicking the link below:
https://www.tributeslides.com/tributes/show/RNHZCWGNWBWS9NYK