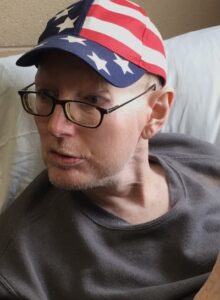 Don Reynolds Stricklin, Jr., 54, departed this life on October 31, 2020 at Baptist Hospital in Little Rock after a years-long battle with Multiple Sclerosis. He was born May 2, 1966 in Little Rock.

Don was preceded in death by his wife of 15 years, Darlene (Hodge) Stricklin and his grandparents Mr. and Mrs. John G. Funk, all of Little Rock.

He is survived by his mother Jacqueline Stricklin, four cousins and a host of extended family and friends. Don had graduated from Mills High School in Little Rock. He later moved to St. Louis, Missouri, where he worked in the music business building amplifiers. One of his favorite pastimes was to attend rock concerts. There will be a private family service at a later date to honor his memory.