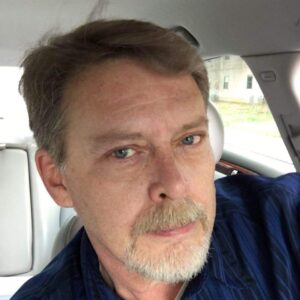 Michael Scott Binns, age 60, of North Little Rock died on Nov. 19, 2020. He was born on Dec. 24, 1959, to Glenda Ann and Billy Don Binns Sr. of Warren, Ark. He graduated from Southern Arkansas University Tech with an associate’s degree in science. For the past 20 years, he worked at Molex in Quality Assurance. Michael had a passion for photography and loved to photograph nature and his family. He was also a talented artist with a focus on woodburning.

He is preceded in death by his parents and his former wife Kristy Harrell. Michael is survived by his daughter and her husband, Mariah and Joshua Skaggs; grandchildren Riley Binns and Asher Skaggs; brothers Billy Don Binns Jr. and Greg Binns; nephews Zachary Binns and Hank Binns; nieces Lori Binns and MaeLee Reed; and former mother-in-law Patricia Plummer.