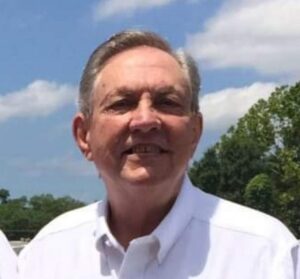 Steve A. Deville, 77, came face to face with the Lord and was reunited with loved ones on the evening of November 15, 2020.  He was born on January 23, 1943 in Ville Platte, Louisiana to Joseph Waddie Deville and Lily Marie Deville.  In addition to his parents, he was preceded in death by his brother Tomille Deville, his sister Maryella Ardoin, his brother Clyde Deville, and his precious “Katie Bug”.

The family will hold a private graveside service in Ville Platte, Louisiana at a later date.  We invite everyone who wishes to pay respects to go to our memorial page setup on Facebook called “Steve A Deville Memorial Page”. We would love for you to post your memories, photos and love for our dad on this page.

Our family appreciates all the love and friendships our father made throughout his years from Ville Platte, Louisiana to Bossier City/Shreveport, Louisiana and later in life in Camden, Arkansas; especially his customers through his many years as a Barber/Hairstylist.