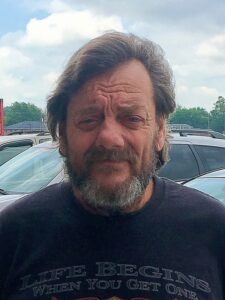 Douglas Sylvester Reeves, age 71, of Russellville, AR, passed away Tuesday, December 8, 2020. He was born in Little Rock, Arkansas on May 7, 1949, to the late Arthur and Freda Reeves.

He was preceded in death by his parents; two siblings, Frances Reeves and David Reeves.

Donations can be made to A Natural State Funeral Service, Jacksonville, Arkansas.