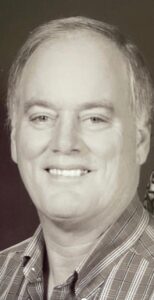 He loved to hunt and fish, watch cooking shows, shop at flea markets, and take numerous trips to Wal-Mart. He thoroughly enjoyed playing card games and participating in joker night at his church. His favorite hobby was building birdhouses like his dad. Being Papa to his grandsons was one of his greatest gifts.

A celebration of his life is planned for the summer. Memorials may be made to the American Kidney Fund, 11921 Rockville Pike Suite 300, Rockville, MD 20852